The Champions of Italy Juventus and the winner of the Coppa Italia Napoli will play against each other in the first game of the season 2012/2013 in Italy. They will compete for the Italian Super Cup, which traditionally precedes the games in Series A. Who will win this match and is it possible to find some value in this match?

Juventus was seriously shaken in the last few weeks by the second in a row huge match-fixing scandal in Italy. The coach Antonio Conte was 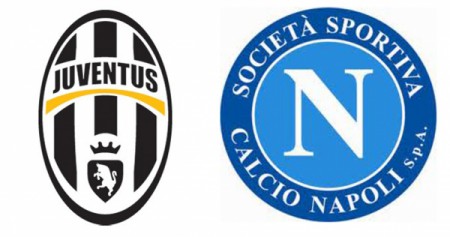 punished and he is not going to lead his team for the next 10 months. This is impossible not to affect the team. The question is how it will affect – whether they will start to hesitate and suffer from lack of concentration or they will stand up and play at their best in order to clear their names.

In Napoli they don’t have such problems. They are preparing to improve the performance from the last year and to add to Coppa Italia something bigger – the championship.

Both Napoli and Juventus kept their teams from the last year and they will be able to play at their best level for the match for the Supercup.

In such matches, the most important factor is the motivation of the players. Personally, my feeling is that it is much stronger in the boys from Naples. Their opponents have long periods of success, while Napoli for the first time in more than 20 years has a team who want to and can compete with the biggest in Italy. For them every game, every final is crucial and this is why my preferences go to them.

The bookmakers help me by putting Juventus in the role of a favourite. This allows me easily to play for Napoli with Asian Handicap advantage of +0.5 and a coefficient of 1.825.

As bonus, have a look at the video with Juventus last season highlights

Welcome to the internet site of the sports betting bar and restaurant - Oper Astzagora. It offers to its clients a real sports betting atmosphere that will help you with your bets. The betting bar is open from 10 to 24 every day.

In the bar you can enjoy the pleasant company of true sports fans and lovers of sports betting.

Moreover, you can watch almost every sports match on our 8 wide screen TV with perfect picture and sound.

You will be able to make your sports betting as you have an unlimited access to the Internet.

We are waiting for you!

Where to find us